So sorry, but you're dead. It... Doesn't really matter how.  The point is, we now have to figure out whether you're heaven or hell material.  Your two pretty advocates will help you with that.

In order to download this game you must purchase it at or above the minimum price of $5 USD. You will get access to the following files:

OK! I got the Game Running on an old HP Laptop. I won't allow the Tendrils of Google or Microsoft, anywhere NEAR my main System. The concept is good. It integrates smoothly into the MISFILE Universe. The Art and the Characters, are everything I've come to expect. Not your fault, but it is what it is. It's a Test-of-Concept: Exploring quickly becomes Grinding, largely because of the Music. Again not your fault. There is not enough Story to bear the repetition. There is potential here. [and possible Cross-Pollination.] I half expect to see Anya and Maya, [or their Clones,] in the Pages of Hell High.

ConsiderThis- The Game is limited by involving the Player as Generic Dead Male #1.  A simple expansion would be to allow for Generic Dead Female #1 to be met by Clones of Sid[ney] and Grecko, or Demons to-be-named-later. This is an RPG! Allow the Player to chose the Character they are playing, and you instantly have [Rough- back-of-the-envelope Calculation,] that's 3 or 4 times as many possible outcomes to script [Oh Joy!] and that's without Demonic Gender Fluidity.

That's a simple Tweak, and mainly a lot of additional Art [which is what you are good at.] Now ConsiderThis:

o Let the Player choose a Character to Play [Angel OR Demon] and have them face a Legion of Recently Dead, who must all be ... Processed.

o  They could start as Gate-Keepers/Poachers Like Maya and Anya and work their way up in the Celestial Filing Depot [or the "Rival Corporation."

o In the process, You can gradually introduce elements-

You Certainly have enough Material to work with! With enough backing, from the collective programming Talent on Napalm Luck, you have enough story for a Sandbox World [Ambitious,] or at least a Browser Game  like Pocket Nightmares.

I don’t have a review of the game itself yet but, as far as the download is concerned, I think that it would be better if it were a single .zip file if possible.

Bit short but lot of fun, very interesting concept. Don't wanna give away anything, not as predictable as you may expect.

This game is really unique and interesting. Multiple choices and Multiple ending 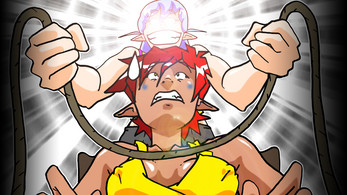 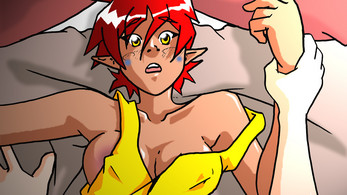 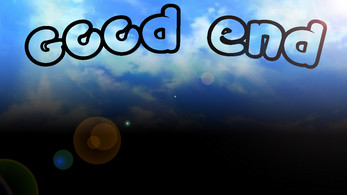